Many people, when they discover they have a severe terminal illness, have difficulty coming to terms with it, and that is quite understandable. Sometime circa 1998 Patricia wrote a letter saying how she felt about “her shaking palsy’ as she described it then. It is quite a beautiful letter and has touched everyone that has read it. She gave her permission to put it on this web page and you can read it here (http://surfcoastwombat NULL.com/Palsy NULL.doc) 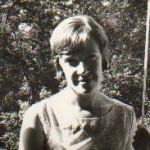 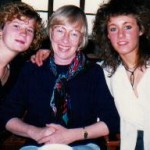