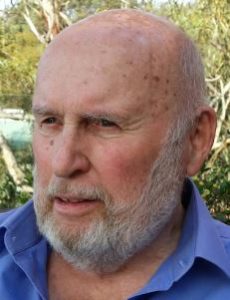 I am a retired IT Consultant and Carer. Having lost my first wife to Multiple System Atrophy (MSA),  I have been fortunate to marry successfully for a second time.

We took a “seachange” and moved to Anglesea where I became the local computer “fixit man” – one way to get to know the locals!  But I have retired from that now to concentrate on my genealogy hobby.

I have visited many countries and lived in several of them. I have always worked, and I would like to think diligently, I have raised a family and I have been a 24 x 7 Carer. I have 79 years of hindsight and hard earned experience.

Some other web sites I have developed or maintain include:

www.class-of-1952.com (http://www NULL.class-of-1952 NULL.com) – a record of the guys who started out at Reading School with me in England in September 1952.www.manybranches.net.au (http://www NULL.manybranches NULL.net NULL.au/) – This is a family history site which starts with an interest in the ancestors and descendants of Richard Liston of Tipperary, Ireland, who married Mary Dwyer also of Tipperary, Ireland at Geelong In Victoria in 1859 and John McKinnon of the Isle of Skye who married Mary Maher of County Carlow, Ireland, at Ballan in Victoria in 1864.  My second wife Margaret is a Liston.www.myreading.com.au (http://myreading NULL.com NULL.au/) – a web based record of my life as a young boy living in the Reading suburbs of Coley and Southcote and my time at St James school.